Club sessions have been cancelled following the British Government’s social distancing advice, due to coronavirus outbreak.  Fencers will be informed when the situation changes and club sessions can re-start. 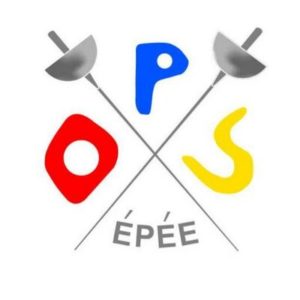 In September 2011 the club was launched at Oundle School with sessions only taking place on Thursday evenings, however following some great successes in 2012 a second night on Monday evenings at The Peterborough School was added in September 2012.

In September 2017 a Stamford session is being started which will run at Stamford school. The club is continuing to flourish and details of our current sessions are detailed on the Individual session Tabs –

Who – The Club is generally aimed at those of 7/8 years of age (year 4 at schools, but some younger children do attend) and older (fencers attend into their 70s so no limit on upper age) with a full fencing session using Epees.

There can be some flexibility on ages, however please call/get in touch to discuss for younger children as  this younger age-group sometimes struggles with the weight of Epees.

From Summer 2019 we will be rotating our ‘Introduction to Fencing sessions’ between our 3 venues.  As such every month we will run a session at one of our venues (apart from August) and details of where that session will be will be on the Individual venue pages.  As such all of our venues will take on new beginners on 3 or 4 occasions through the year and new beginners need to develop at that venue in the following weeks until it is agreed that they can attend other sessions, as we will be following a skills development syllabus in the weeks following the Intro sessions.

Sessions will consist of approximately 45 minute footwork & technique session run by a coach followed by free fencing on the scoring boxes.  On Introduction to Fencing weeks we run ‘Fight Nights’ for existing fencers where they fence on the boxes whilst the new fencers are Introduced to the sport.

At all sessions (apart from Introduction to Fencing Sessions and fight nights), individual lessons will be available from our club coaches at a cost of £10 for a 15 minute, These will be 1 to 1 lessons.

Beginner Courses/Taster Days – As above we are now generally introducing new fencers to the sport using our Introduction to Fencing sessions. 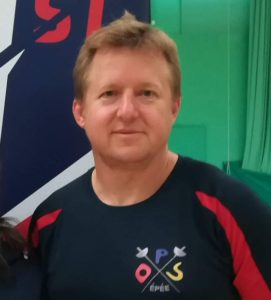 Lead Coach – The lead coach will be Chris Howser, he is a level 4 Registered British Fencing coach with 20 years of coaching experience which has included coaching British Squad members at European Junior Championships and the England Ladies team to a Commonwealth Silver medal. He has also been coaching a large number of fencers in Surrey (where he recently moved up from) and that group have won numerous British and England titles between them. Chris was a high class international fencer in his own right, having fenced for Great Britain at 5 World Championships and having been Senior Men’s British Champion in 2005. He still competes and is currently both Northamptonshire County and East Midlands Regional Epee Champion as well as still being ranked as a top 20 GB fencer (Jan 2011). Other coaches will be found when the club grows to a point that more staff are required.

Costs of sessions –
See individual venue tabs.
Individual lessons within club (15 minute lesson) – £10 per lesson
There will be no joining/annual fee for the club as we encourage fencers to attend when they are able to and annual membership actually discourages occassional fencers from attending the club. Students are more than welcome to come along over holiday perods when they are home and weekly attendance is in no way compulsory.

What you would need to attend in –

We will be able to supply the fencing equipment for all beginners and new intermediate fencers to the club (using size 0 or size 2 epees), these fencers would need to come to sessions wearing track-suit bottoms (zipped or closed pockets), t-shirt and trainers (with socks),

Over a period of time we would hope that most regular fencers purchase their own equipment (at least some of it) so the club kit is available for new recruits (great Christmas and Birthday present ideas, see www.bladesbrand.com).

For older fencers (over 14 years old) wishing to fence with full size (size 5) epees, you must wear breeches and you will be able to borrow these (subject to availability) for a short period from the club, however you will be expected to purchase your own breeches very soon after starting regular attendance to the club. For those wishing to use size 5 epees you should attend wearing long socks and shorts under your track-suit bottoms to allow easy changing into breeches.

All those going on to fence at the fencing club (i.e. the full metal fencing) should become members of British Fencing which gives you insurance cover as well as other benefits. Please see www.britishfencing.com for details in their membership section.

Jacqui can talk you through how the club works and how to get involved in the sport.