OPS Epee Club is gearing up for a very busy May Day weekend, with 20 qualification spots for local fencers secured through the Eastern and East Midland qualifying events, with only 2 missing out on spots, with 17 regional medals won and 6 titles included.

Good luck to all our fencers

Under 12 Girls – Arwa, Freya and Sophia

Good luck to all at the event

In the European Championships, Maisie produced a solid first round, securing wins against opponents from Ukraine, Spain and Norway to have a 3 win 3 loss first round to safely negotiate the round.  Rachael beat opponents from France, Italy and Portugal for  a 3 win 2 loss round and also secure a direct elimination spot.

Maisie entered the direct elimination round of 128 as 55th seed, but was unable to get through the round, losing to a Macedonian fencer 15-9 to finish 67th place.  Rachael slightly higher seed of 39th meant she secured a bye through the 128 round and so reached the last 64 where she met Belarus fencer Lizaveta Zaretskaya.  In a match which was fairly close throughout, Rachael missed out on the win, losing 15-11 to finish 46th in Europe.

In the team event, Rachael and Maisie fenced through the whole event as part of the GBR team and with great team wins in the first match against Austria 45-29 and final match against Greece 45-40 they secured a 15th place.

Following another couple of months of hard training, the World Championships took place in Torun, Poland in April.  With only an Individual event for cadets, a single day of fencing was all that was available for our fencers.

Maisie started the day on great form, equalling her best ever International first round poule result with impressive wins against opponents from Egypt, Malaysia, Australia and Finland and only losing to fencers from Japan and Czech Republic.  This took Maisie safely through the round ranked 42nd out of 118 fencers.  Rachael’s poule looked to be starting well, leading European medallist Klasik 3-1, but fell away to lose her first 2 fights.  A win against a Belarus fencer got her on the board, but 2 more losses saw Rachael on the cusp of a first round knock out.   Needing a very strong result against Amer from Egypt, Rachael started well leading 3-0, then two doubles took Rachael to a 5-2 win and leave her on the border of qualification or not, with 30% cut from the event.

Both fencers got through but lady luck effected them in different ways.  Rachael qualified through as = final place to qualify in 88 tied with 88 qualifying through the round, one hit less and she would have been cut.  Maisie safely through. missed out on a bye straight into the last 64 by just a few spots, one more hit in one fight would have made all the difference.

In the last 128, both fencers started at the same time, Maisie fencing against Nellija Mihejeva from Latvia and Rachael against Karoliina Komissarova from Estonia.  Maisie started well puling out a 4 hit lead during the fight and lead by 2 hits going into the final period, however she was unable to hold the lead lost out 15-12 to end up as the highest seed to miss out on a last 64 place.  Rachael had to raise her game against the 40th seed Estonian.  Solid fencing throughout built Rachael a lead and she went on to win 15-13 to reverse the seedings and take her place in the round of last 64.

The last 64 saw Rachael start well against 25th Seed Saito from Japan, leading 7-5 at the first break.  The second did not go so well with Saito scoring 5 unanswered hits to take the score to 7-10 in Saito’s favour.  A closer 3rd period, where Rachael had to push, went 5-4 to Saito’s advantage and finish with a 15-11 score-line.  Saito went on to finished 11th place after 2 further DE wins.

The final placings for the girls saw Rachael in 64th and Maisie just one place lower in 65th in the World.

Though I am sure both girls would have loved to have gone further in both events, they did fence well and a hit here or there could have made a huge difference on final positions, but I feel that both fenced really well and should be very proud of their first performances at this level of competitions.

Some great results for local schools at the 2019 School team championships.

Under 12 Boys – Stamford Junior School stole the show with an incredible 2nd place.  Considering the school only started fencing in September the team did so well winning all the 1st Round matches, just losing in the Final to Wetherby prep.  Oundle Primary also fenced really well win all but one match in the first round, losing only to eventual winners Wetherby.  In the semi finals they again were matched against Wetherby and unfortunately lost out again to finish Bronze Medallists.

Under 12 Girls – Stamford School’s girls team fought well but were beaten in their first two matches, however a great performance in their final match, with a win over Queensgate took them o a final place of 5th.  Oundle Primary Girls secured a win and a loss in round 1 to make the Semi-finals, however a loss there left them in 3rd place and a great Bronze.

Under 18 Boys – The boys team from Kings had a tough first round losing both of their matches, however in the round of 32, they were leading much of the match and just lost out 45-44 to Lycee Internation London.  With Kings being a very young team and pretty inexperienced, there is real potential for the future.

Under 18 Girls – Prince William School’s girls Under 18 team went into the event with some confidence, having had strong Individual performances at recent events.  The first round was tough with a win against Millfield, but losses to Guildford High and Queensgate, leaving them in 3rd going into the semi-finals.  A great turn around win against Guildford High took the team into the Final, but again lost to finish with a team Silver.

Well done to all the local teams who competed at the event.

After a 4 up 2 down first round, Maisie won 4 thrilling direct Elimination matches 15-14 to reach the last 8, where she won by a more comfortable 15-11 to make the medal matches.  Maisie unfortunately lost in the semi-finals but came away with an impressive bronze medal and the result has given her enough points to reach the qualification criteria for both the European & World Cadet teams for GBR.  Well done. 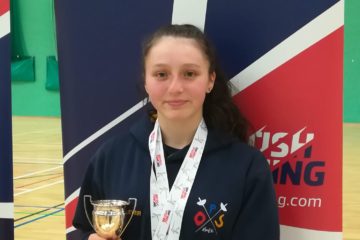 After a strong start of the season, including winning the Cadet Nationals and two further podium results at the Rachael Lever takes over the number 1 spot on the British Cadet Rankings. 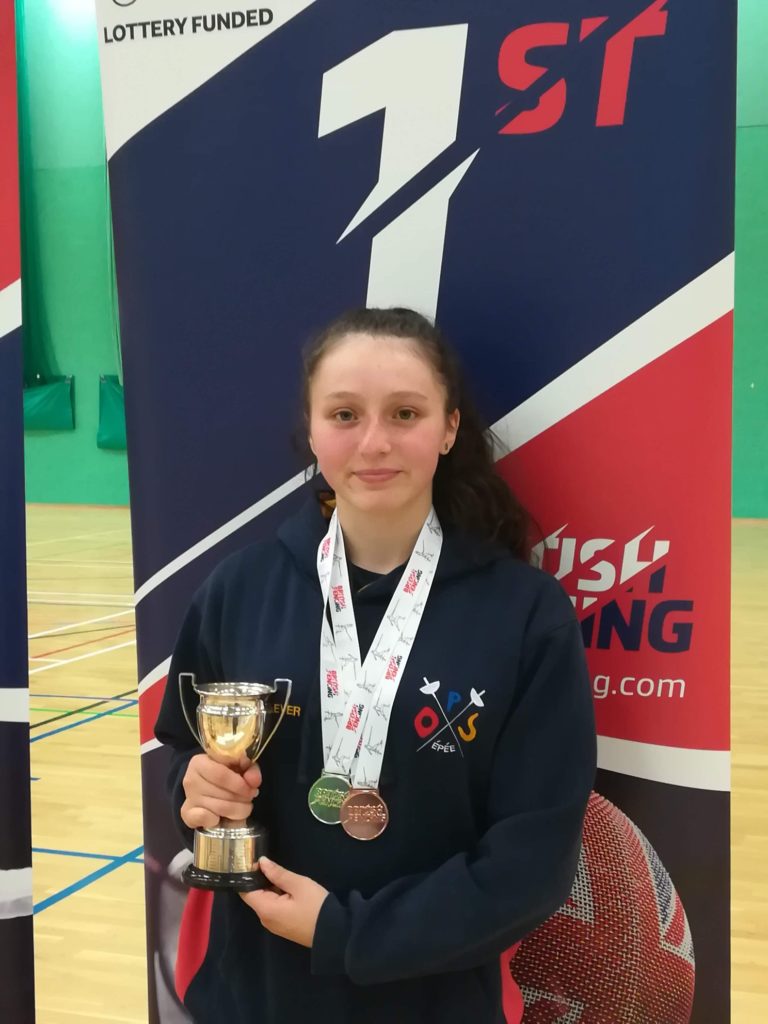 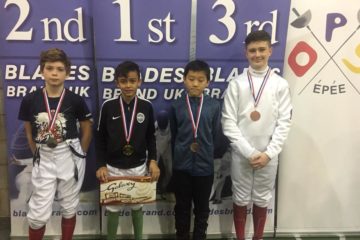 Robin Silk takes Silver at the very strong Elite Epee Junior Series event at CLFS in Surrey. Moving him into a likely spot for the Elite Epee Grand final. This is his 2nd silver at the only two EEJS event he has attended, and as he only started fencing just over a year ago is a great achievement. 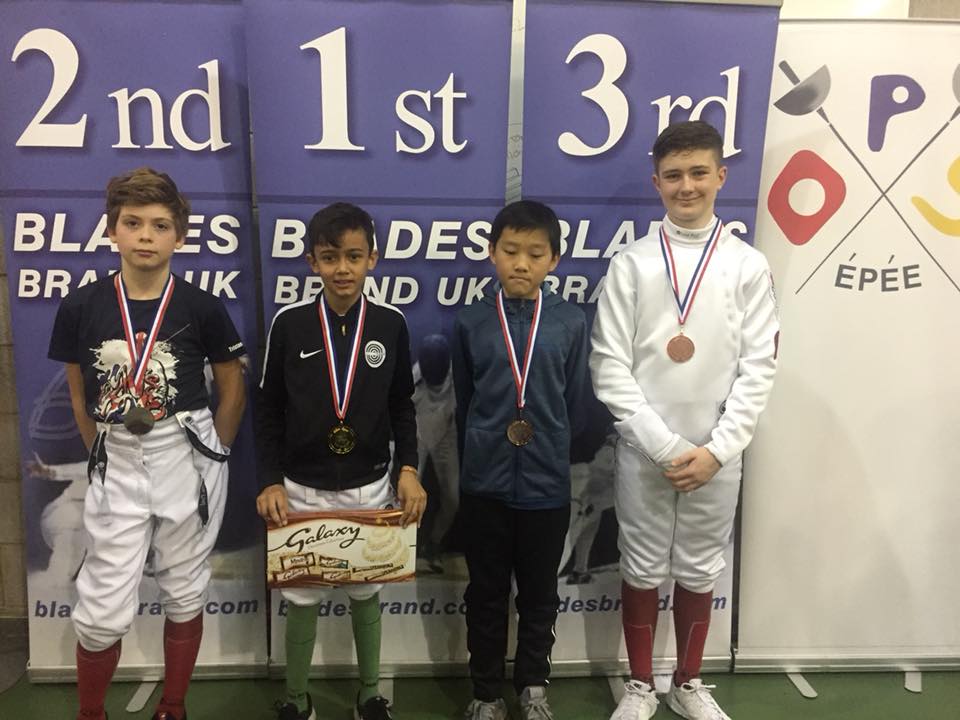 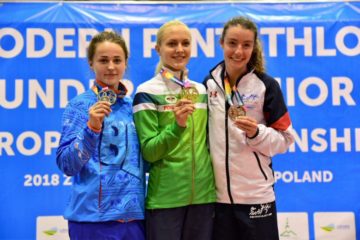 Jess Varley, a long term fencer at the club, who has moved to work with the Olympic squad set-up in Bath, takes 3rd place at the European Under 24 Pentathlon Championships, then becomes World Champion in Lazer Shoot a week or so later!!!! What an athlete. 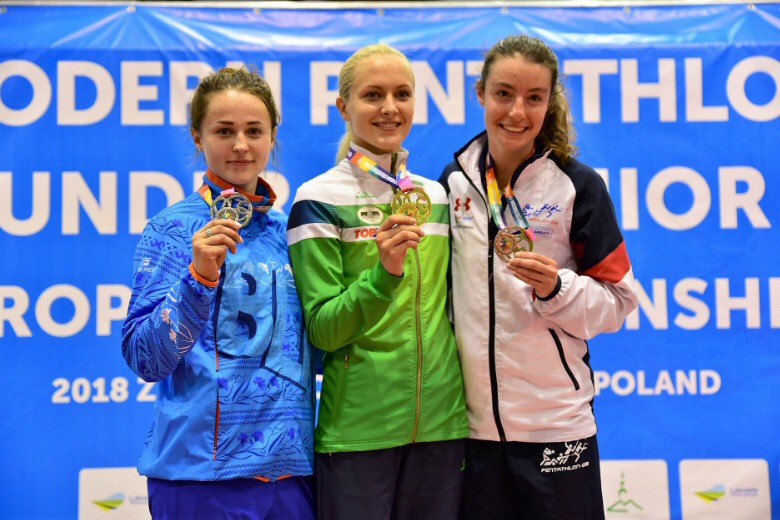 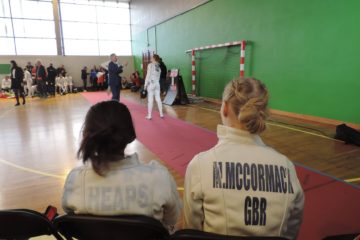 Both Maisie McCormack and Rachael Lever qualify to represent Great Britain as part of the squad attending European Cadet Circuit events this year. 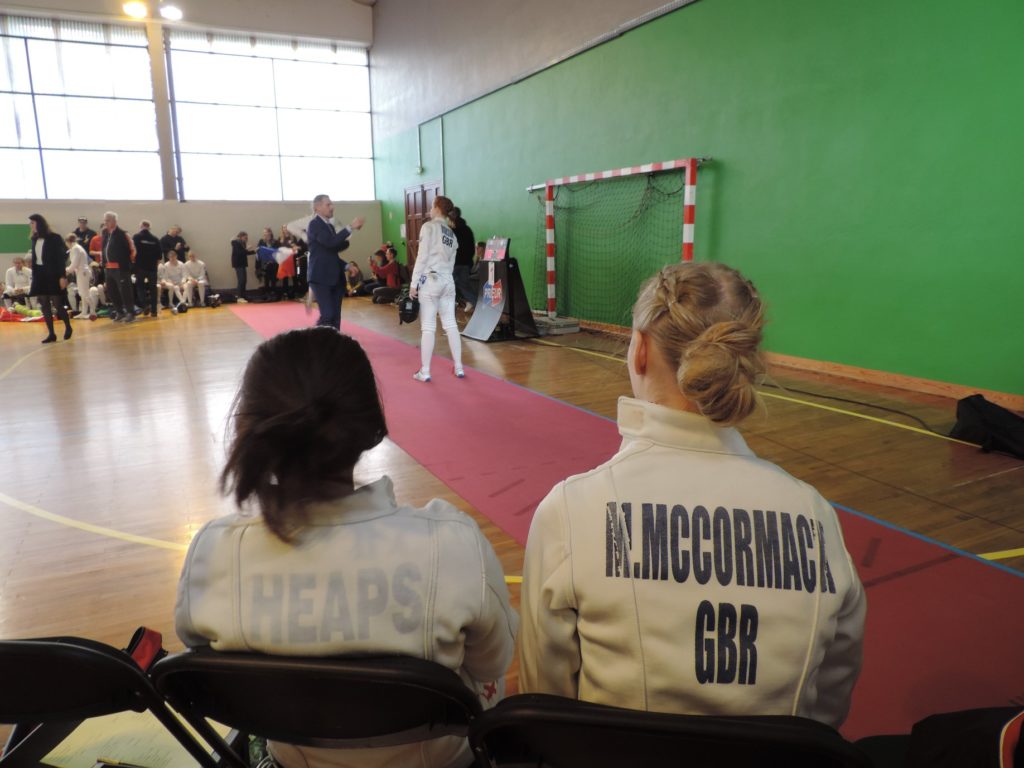 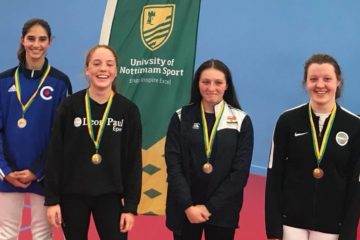 Rachael Lever adds to her British Under 16 title, by winning the British Cadet (Under 17) Championships and makes it a very good weekend to take 3rd place at the Under 20 British Championships as well, losing to eventual winner Avery Louis. Great performance. 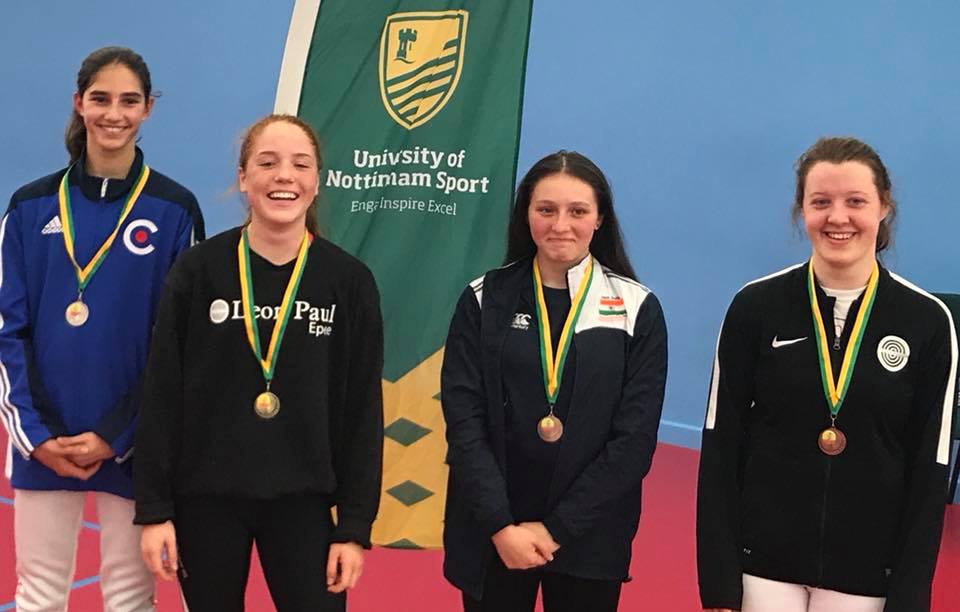